This text and translation are taken from Sally Grainger and Christopher Grocock’s Apicius (2006) (p224-225).

Like many recipes in Apicius, this recipe is just a list of ingredients. Because this can be served with roasted or grilled birds (Grocock and Grainger, 2006, 225), I have interpreted it as a sauce. 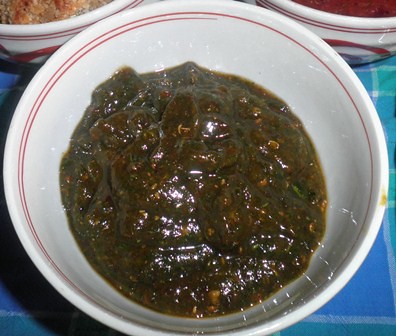