Take two portions of rice, and a third part of almonds. Wash the rice in lukewarm water and cook it until (the grains) break, then let it cool. Take the milk (of the almonds) and add it to the rice, then boil them together. Add white grease and minced chicken meat, then salt it and put in dishes. Fry almonds in fresh grease until they are brown, and set them in the dishes (on the rice and chicken), then sprinkle on sugar, and serve it forth.

Blawmanger, or “white food,” was extremely popular throughout medieval Europe; the Concordance of English Recipes lists over 20 recipes from the 14th to the 15th century in England alone. It consisted of rice and ground chicken, sometimes with added pork, and there were Lenten versions with fish in place of the chicken. The dish continued to be served beyond the medieval period. Gradually, however, the meat disappeared and extra sugar was added, until the modern “blancmange” emerged. It would have been an expensive dish – rice was an imported luxury, as were almonds and sugar. The existence of Lenten versions also indicates its popularity and importance as a medieval dish. 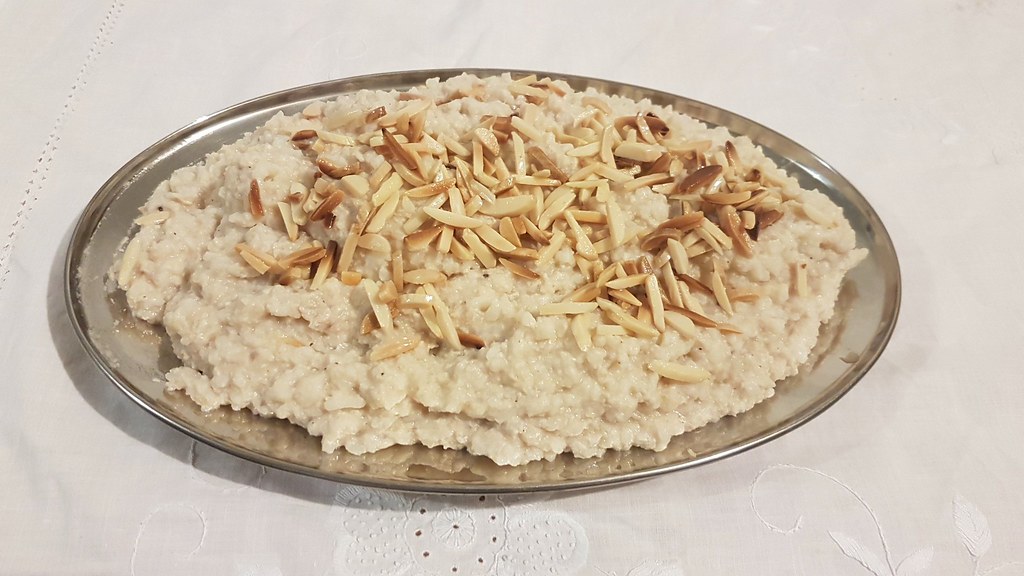 Click on the links below to buy direct from The Book Depository.
Hieatt, Constance, Nutter, Terry and Holloway, Johnna. (2006). Concordance of English Recipes
Hieatt, Constance and Butler, Sharon (1985). Curye on Inglysch