Pork in Pepper.
Take wine and powdered cinnamon and pass it through a strainer. Set it on the fire and let it boil. Add mace, cloves and pepper. Take small whole onions, parboil them, and add them to the pot. Let them boil together then take pork, slice it, but not too thin. And if it be salted and pickled, let it steep in hot water until it is tender, then cast it into the syrup. Take sandalwood and vinegar and add it to the pot, and let it simmer together until it is (cooked) enough. Then take powdered ginger and add it to the pot. Let it not be too thick or thin, but as pottage should be, and serve it forth.

“Brawn” typically refers to any sort of meat, though in this case it most likely means wild boar, which is more likely to be salted and pickled (Hieatt, 2013, 50); but you could make this dish with chicken if you want. It is a typical meat pottage, and variations on this dish are found in most medieval cooking manuscripts. However, because this one specifies pepper in the name, the sauce should be particularly peppery. 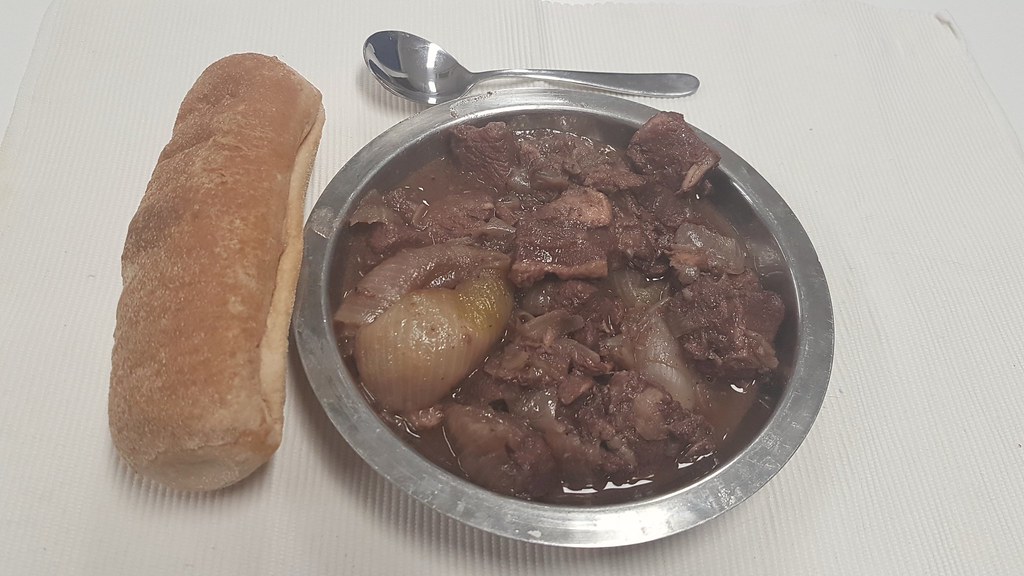