193 How to make chicken dumplings
Take the meat from two chickens. After it is cooked chop it finely, mix grated Parmesan cheese in with it and color it yellow and stir it together. You should also put mace and pepper into it. After that prepare a dough. Make a thin flat cake and put the above described filling on it and form it into a dumpling and join the two ends together. Cook it in broth as long as for hard- boiled eggs and serve it warm.

Chicken was the most commonly consumed poultry in Germany, and there are many recipes for it in German cooking manuscripts (Bach, 2016, 139). These delicate morsels are rather like chicken and cheese ravioli. I’ve also eaten them as a soup, with the dumplings served in the cooking broth. 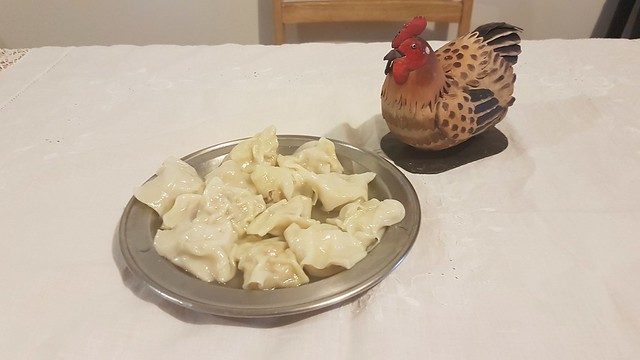 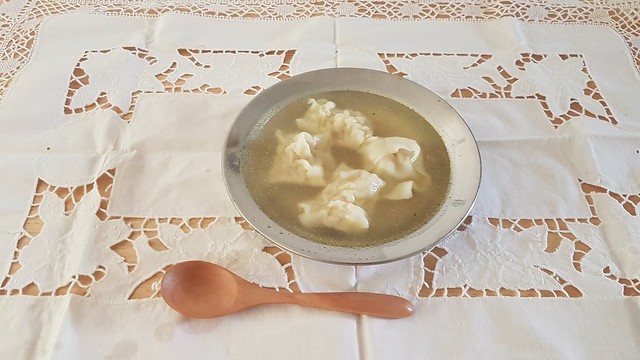 … or served as soup!

Click on the links below to buy direct from The Book Depository.
Bach, Volker (2016). The Kitchen, Food and Cooking in Reformation Germany.