To make steaks of venison or beef – take venison or beef, and slice it and fry it brown; then take vinegar and a little verjuice, and a little wine, and put powdered pepper thereon enough, and powdered ginger; and at the dresser strew on powdered cinnamon enough, that the steaks be all covered therewith, and but a little sauce; and then serve it forth.

Venison was the status meat of medieval Europe. It was associated with the noble pastime of hunting; to serve venison was an indication of status, as it meant a lord had been granted exclusive rights to the hunting in a particular area (Wilson, 1973, 92). It might also be given as a gift, and to avoid waste, venison was also sold in towns for the luxury market (Hammond, 1993, 39).

Venison would have been the high point of any feast; it was traditionally served with frumenty (Hieatt et al, 1996, 47), a porridge-like dish made from grains, which would have soaked up the meat juices. 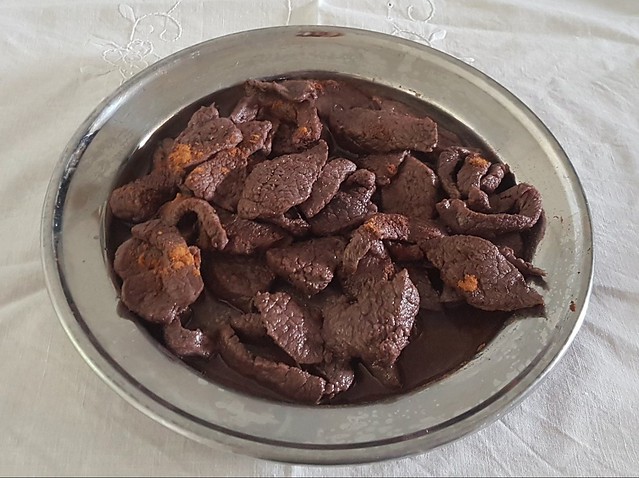