Take dried mushrooms, wash then several times until they are clean and place them on the fire with pease broth and small fried onions. Season it with vinegar, pepper, saffron and salt and boil it together an hour or two. Thus it will be good and tasty.

The text and translation of the recipe can be found in Volker Bach’s excellent collection of medieval period recipes that can be cooked in a camp setting, Plain Fare, which is available for download here.

Mushrooms had a somewhat dubious reputation in medieval times. Some medical writers regarded them as dangerous and advised never to eat them (Scully, 1995, 76), and the dangers from poisoning were quite well known (Bach, 2016, 43). However, there are recipes for mushrooms in many medieval manuscripts, and they were readily available for sale throughout Europe (Scully, 1995, 13), though the varieties sold would have depended on what was available. A German selection would probably include chantrelles and morels, which are named in some recipe collections (Bach, 2016, 43).

If you check out Plain Fare on the link above, you will see Bach has interpreted this recipe as a soup (and he might well be right in that, given he is an expert on medieval German food, and a native German speaker, and I’m definitely not either). However, because this recipe uses dried mushrooms which are cooked for around “an hour or two,” I chose to interpret this as a mushroom stew. This dish was so delicious two confirmed carnivores went for second helpings over second helpings of perfectly cooked roast lamb, and might even choose it over other meat dishes. We’d love to try it as a pie filling. 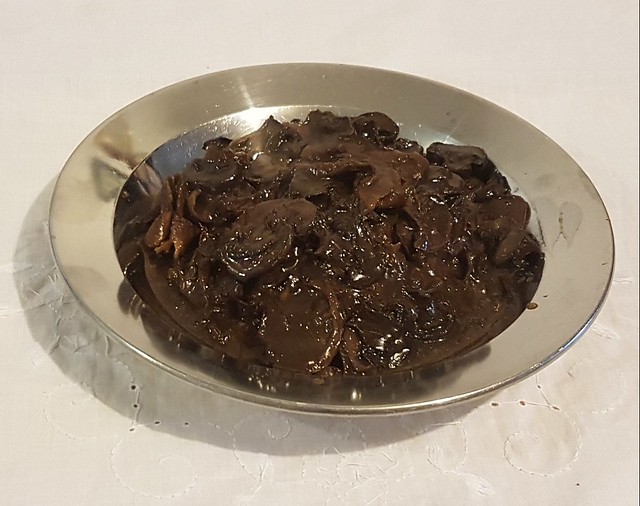 Click on the links below to buy direct from The Book Depository.
Bach, Volker (2016). The Kitchen, Food and Cooking in Reformation Germany.
Scully, Terence, 1995. The Art of Cookery in the Middle Ages