Bratwurst translates as “best meat.” They had become an important gourmet food by the sixteenth century

These bratwurst were made using an electric mincer with attached sausage stuffing tubes. In period, the meat was probably minced with a cleaver, as demonstrated in this YouTube video. The sausages could have been stuffed by spooning the mixture into the casing; however, you can also use a cowhorn with the tip removed. This creates a stiff tube onto which the sausage casing can be pushed, and makes the stuffing easier to stuff into the casing. This idea came from An Early Meal (pp 96-97). 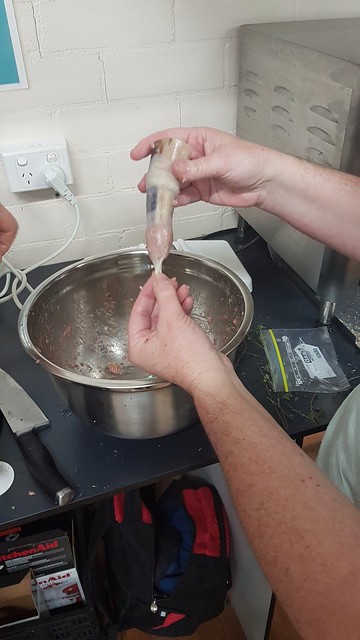 Demonstration of cow horn to stuff sausages. The ideal length is 2/3 the length of your index finger.

The recipe below has been quartered. 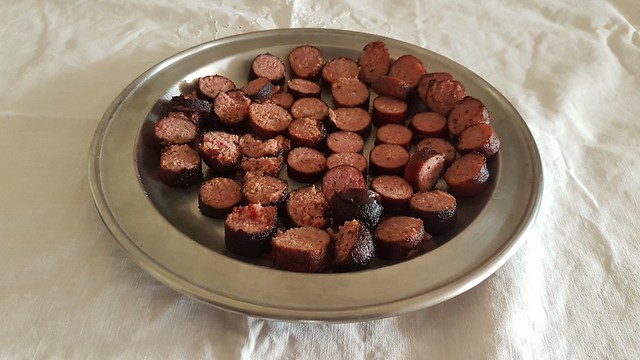 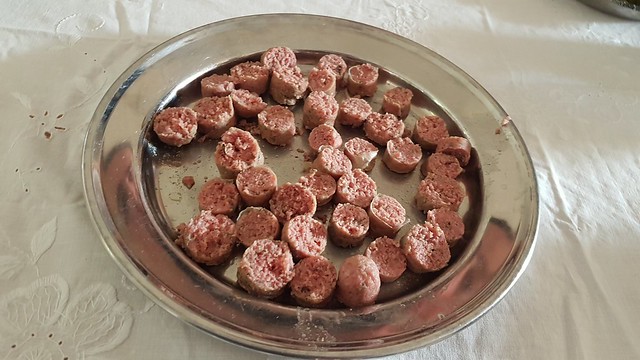 Click on the links below to buy direct from The Book Depository.
Bach, Volker (2016). The Kitchen, Food and Cooking in Reformation Germany.