Mushrooms of one night are best, if they are small, red inside and closed at the top, and they should be peeled and then washed in hot water and parboiled, and if you wish to put them in a pasty add oil, cheese and
spice powder. The Goodman of Paris (trans. Eileen Power)

This is probably the first medieval recipe I ever cooked, with the newly formed Mordenvale Company of Cooks (though we didn’t have a name at that point), using the recipe in Maggie Black’s Medieval Cookbook, except we varied the amount of cheese. Since then I’ve cooked it many times, because it provides a great vegetarian option that can be made vegan easily, and non-vegetarians tend to love it too.

One of the great frustrations with medieval recipes is ingredients like “spice powder.” What spices?! It is probable that each medieval cook had their own preferred blends. Maggie Black suggests mustard and pepper, which is delicious and what I use most often when I make these. However, it is probably not what the Goodman intended, and he does have another recipe for “spice powder.”

I would suggest a 1/4 tsp each of cloves, pepper and grains of paradise, and a 1/2 tsp each of cinnamon and ginger to create the spice powder. 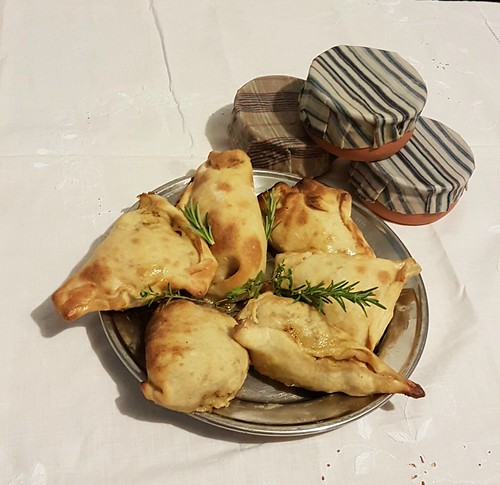