How to make a Pudding in a Turnep root.
Take your Turnep root, and wash it fair in warm water, and scrape it faire and make it hollow as you doo a Carret roote, and make your stuffe of grated bread, and Apples chopt fine, then take Corance, and hard Egs, and season it with Sugar Sinamon, and Ginger, and yolks of hard egs and so temper your stuffe, and put it into the Turnep, then take faire water, and set it on the fire, and let it boyle or ever you put in your Turneps, then put in a good peece of sweet Butter, and Claret Wine, and a little Vinagre, and Rosemarye, and whole Mace, Sugar, and Corance, and Dates quartered, and when they are boyled inough, then willl they be tender, then serve it in. A BOOK OF COOKRYE Very Necessary for all such as delight therin. A.W., 1591.

Take your turnip, and wash it fair in warm water, and trim the ends, and make it hollow as you do a carrot, and make your stuff of grated bread, and apples chopped fine, and then take currants, and hard boiled eggs, and season it with sugar, cinnamon and ginger, and yolks of hard eggs and so temper your stuff, and put it into the turnip, then take fair water, and set it on the fire, and let it boil before you put in your turnips, and then put in a good piece of sweet butter, and claret, and a little vinegar, and rosemary, and whole mace, sugar, and currants, and quartered dates, and when they are boiled enough, then they will be tender, then serve it.

“Pudding,” up to the late sixteenth century, referred to a mix of suet, grains (such as rice or breadcrumbs), spices, sugar and dried fruit, stuffed into cleaned intestines and boiled; rather like a sweet sausage. However, some cooks were starting to experiment with other vehicles; for A.W., the author of The Necessary Book, a pudding could refer to any stuffing. This book contains several recipes for meats “with pudding inside,” essentially a stuffed roast. There are also several recipes like this one, where vegetables are hollowed out and stuffed. This experimentation probably happened because intestines are annoying to clean, can only be used once and would only be available in quantity in autumn when excess stock was slaughtered for winter.

Many of the vegetables A.W. used were cheap vegetables such as turnip. More than once Shakespeare uses “turnip” as an insult. The juxtaposition of using a vegetable that was poorly regarded as a vehicle for such luxury ingredients probably appealed to Elizabethan humour. 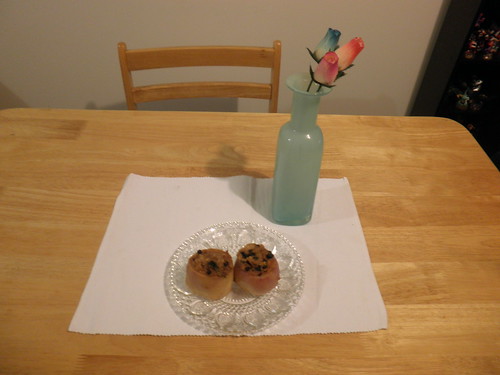